The ruby red colour that contrasts the white of the fatty part and the sweet taste and finely delicate aroma make the Felino Cured Meat PGI a masterpiece of Italian cured meats. Felino Cured Meat PGI has a tradition that deepens its roots in ancient times and takes its name from the homonymous town in the province of Parma, Felino, where it was created. 8 centuries ago, in a low-relief in the Baptistery in Parma, Benedetto Antelami depicted the process of this fine cured meat, prepared from the best cuts of ground meat and combined with spices according to an ancient recipe.

8 centuries later, the San Paolo Cured Meat Factory has a specific commitment: to maintain the artisan process of this prestigious cured meat intact. Our Felino Cured Meat PGI consists of the raw material derived exclusively from pigs defined as “heavy” (average weight 130 kg), bred in Italy and processed in the typical production area.

The selected cuts are carefully mixed with salt, pepper and garlic. The mixture obtained is then processed and bagged using only natural products, and lastly, strictly tied by hand. The rest is left to the sea breeze, which today, just like in the past, skims up the Apennines to bring the right salinity to the products, conveying that unmistakable full, balanced and typically sweet flavour found in San Paolo cured meat.

And how can its flavours be best unleashed? By cutting it! Try by placing the Felino Cured Meat on a wooden cutting board and slice it with a long, thin knife, which is not serrated. The slices will be as thick as one of its peppercorns … Bon appétit.

exquisite and delicate flavour, the Cured Meat PGI is a true masterpiece of Italian delicatessen. It has a ruby red colour and generously balanced with the white of the fatty part. The product is strictly tied by hand, according to tradition. Minimum curing is 45 days and the average weight is 800g. 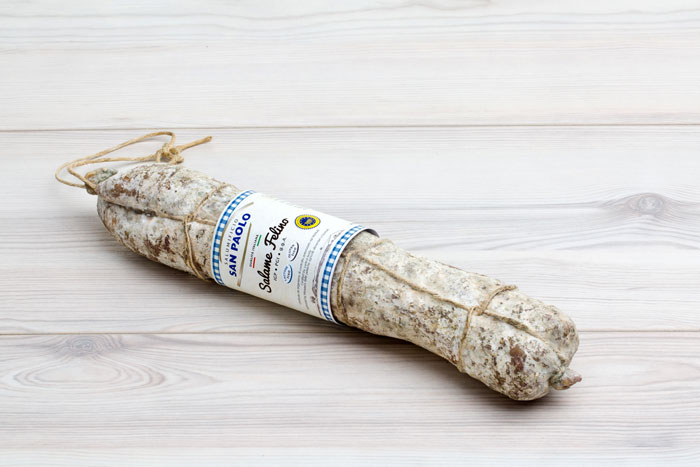 a product of ancient tradition is appreciated for its delicacy and elegant balance of flavours. It is available in a practical size that allows you to fully appreciate its goodness. Strictly tied by hand. 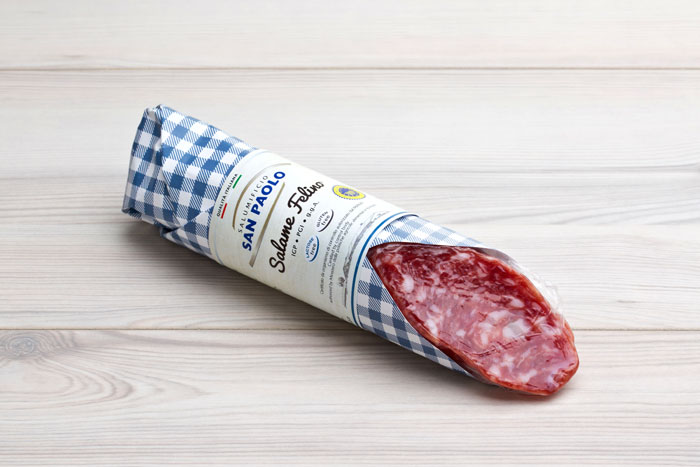 all the flavour of the Felino Cured Meat PGI, the external skin and strings of which are carefully removed after a curing period of at least 45 days. All the flavour and delicate aroma are maintained thanks to its vacuum package and rustic paper wrapping.

Tradition has taught us to work the ingredients to give taste and “shape” to charcuterie specialties.
Our shapes are not only created by our ancestors. They enclose and preserve experience, and care and consideration for the taste, attention to the needs of new consumers, but respect for typical and traditional characteristics.
This is how we produce the “Buoni per intero”. As good as not to miss a single slice. 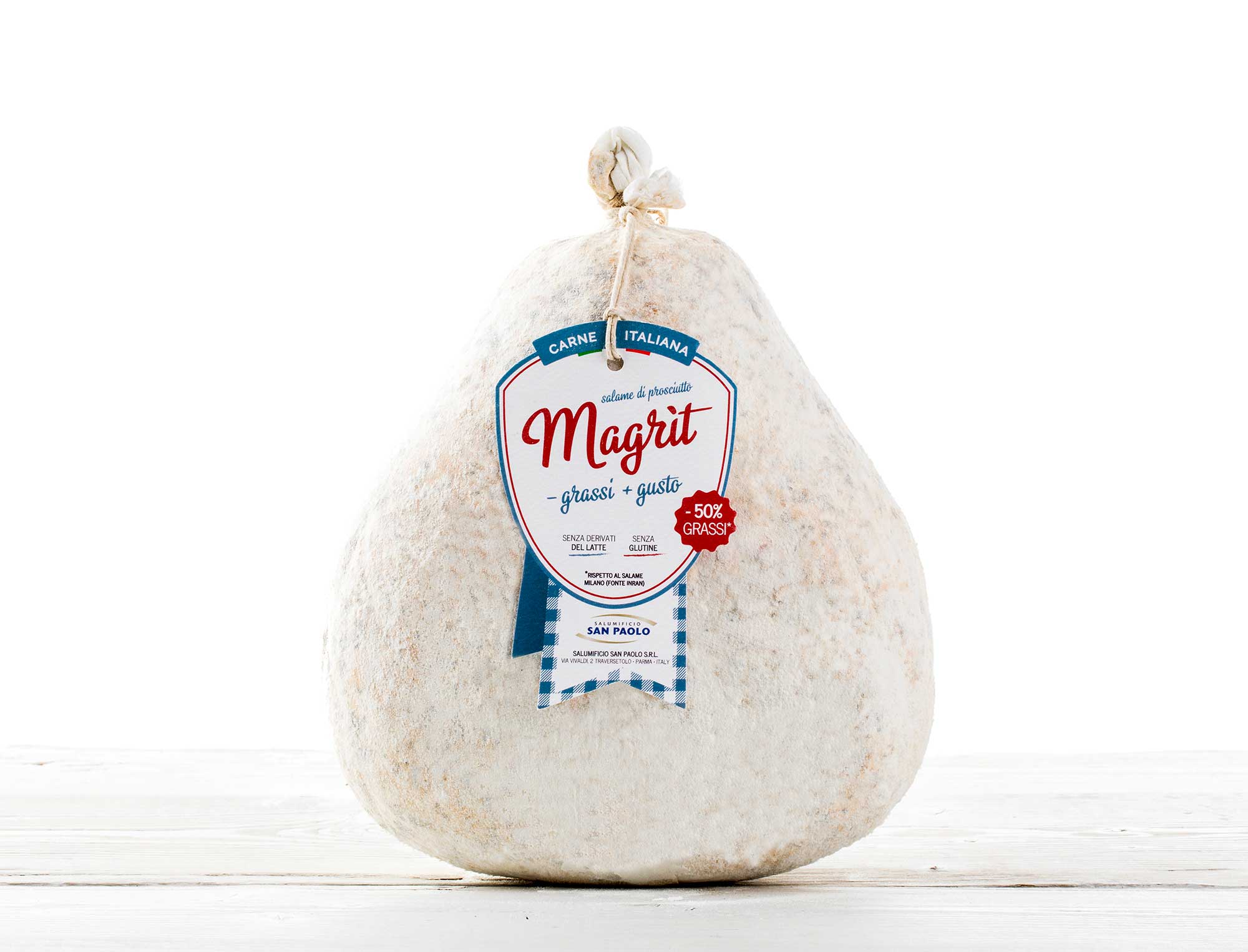 We use only italian meat from pig’s haunches for this wonderful harmony of taste. The quality of raw materials gives it a sweet but lingering persistent taste. Its taste is savoury but light. It contains only 15% of fat (50% less than a Milano Salami). The shape we obtain allows for a big slice, perfect to be rolled or served in a dish, like a slice of ham. It is also good in a tasty sandwich or sliced in starters. New from today it is also available in our line “Antibiotic free” range.